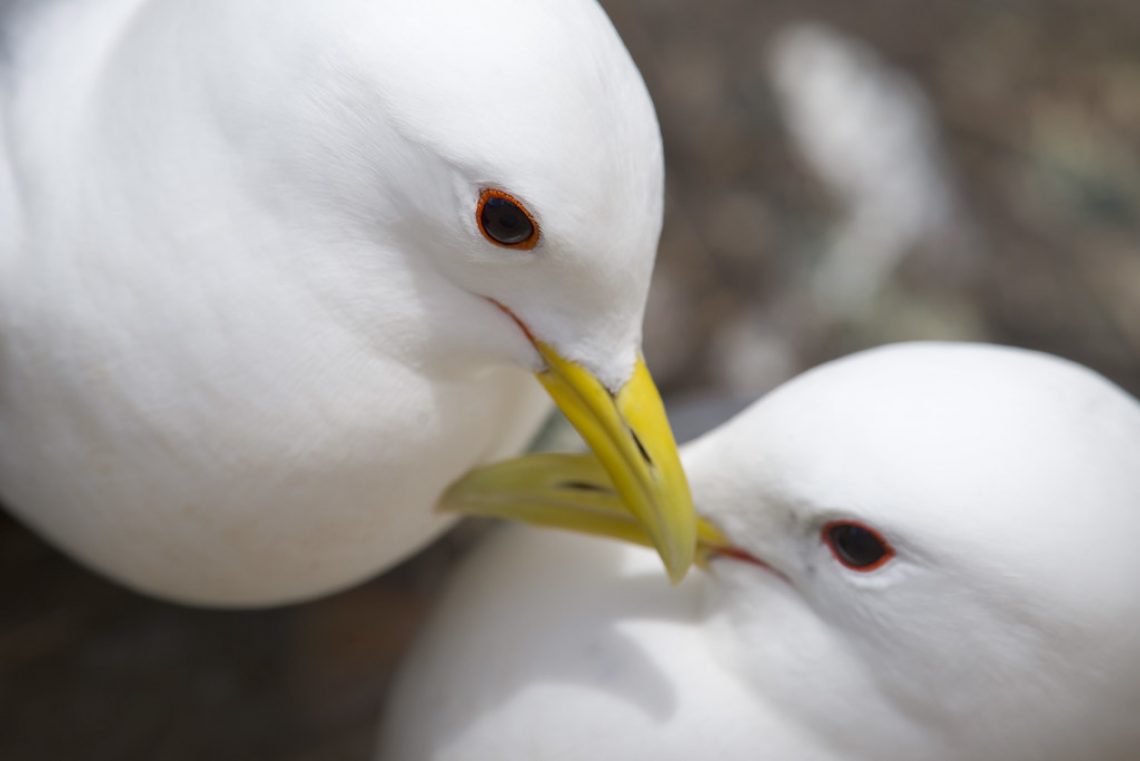 The Newcastle upon Tyne and Gateshead Quays underwent a large-scale series of developments in the 1990s, the sheds and warehouses Michael Caine charged around in the 1970’s gangster film Get Carter are long gone, making way for new law courts, hotels and residential developments. On the Gateshead side of the Tyne, key projects included the development of the Sage concert venue and the conversion of the gigantic Baltic Flour Mill into the Baltic Arts Centre…. but what has all of this this to do with cliff dwelling Kittiwakes?

The Black-Legged Kittiwake, Rissa trydactyla traditionally nest on high, steep sided cliffs but, in Newcastle upon Tyne and Gateshead, they have colonised the buildings along the banks of the River Tyne since 1949 (Coulson 1963). The Tyneside Kittiwake colony is thought to be the furthest inland colony of the species in the world.

When the old Baltic Flour Mill was redeveloped into an arts centre, Gateshead Council looked to provide an innovative, alternative nesting facility for the displaced birds and a Kittiwake nesting tower was first developed in 1997/1998.
The tower is a converted aluminium communications mast, twelve meters in height. At the top of the tower, three faces were constructed in a triangular formation. Each face has eight ledges designed to emulate cliff ledges to hold nests.
Originally sited in Baltic Square beside the Baltic Arts Centre, old nests and dummy Kittiwakes were used to attract Kittiwakes to the tower.  The tower was subsequently moved downstream to its current location at Saltmeadows near South Shore Road in 2000/2001 and the Kittiwakes followed.

Kittiwakes have thrived on this high-rise “des res” ever since, and in spring and summer, the Saltmeadows echo with the birds’ onomatopoeic call.  2021 proved a bumper breeding season with 171 chicks counted at the tower in early July.

Ringing of the birds at the tower has shown that in common with other colonies, the majority of young birds disperse and tend to breed elsewhere. Kittiwakes reared at the tower have been found in later years breeding at Hartlepool Lifeboat Station, Lowestoft’s Claremont Pier and on buildings at Pas de Calais, Boulogne where there have been four records of Gateshead birds. It’s interesting that all of these breeding sites are on artificial or man-made ledges of one form or another.

Ringing has also shown breeding site fidelity in these birds. Returning adults in 2021 were ringed at the tower as far back as 2005.

Kittiwakes, unfortunately, are in decline and the global population is thought to have declined by 40% since the 1970s – back when Michael Caine was doing his stuff. Hopefully, the nesting tower can continue to help in the recovery of this red listed species for many years to come!

Andy is a member of Northumbria Ringing Group. He has been ringing Mute Swans, Coots and Kittiwakes in the Northumberland and Tyneside area for longer than he likes to remember, mainly to take his mind off the plight of Newcastle United.
PrevPreviousBirding FC
NextFulica PeregrinusNext